Baccarat is a popular gambling game enjoyed by millions of people around the world. This game, also referred to as Punto Banco, is normally played in a different part of a brick and mortar casino. The game’s origins derive from Italy, where its name also originates from. The name of the game, when literally translated to English means zero. This is the number which is ascribed to all tens and face cards. Baccarat’s table is almost similar in size to that of a craps table. It features fourteen players and three dealers. When settling in for a game, there will always be two hands that are dealt.

The first hand will be the bank’s hand, and then the player’s hand. Each will be dealt 2 cards. It would depend entirely on the value of the said hand, which can determine whether a third card will be dealt or not. You have two choices when it comes to betting, the player or the banker, or the punto or the banco. The dealer will deal the cards, but in certain casinos players can also take a turn to deal the different hands. However, players also have the chance where they can pass on having to deal. If a player wins, then another player will deal the next hand.

Of the 2 hands which are dealt, players have the option on betting on which hand either will tie or win. The betting will be similar to that of betting in the game of roulette, where you need to bet on either black or red. The associated payoff wil also always be one to one. Should you win by betting on the bank you will need to pay five per cent commission. This will make up for the casino’s house advantage of five per cent. However, the casino’s actual advantage is normally that of roughly .18%. Should the player win on a draw bet, they will be paid eight to one, or a nine to one, all depending on the actual casino involved. The end object of the game will be to beat the dealers’ hand and to get as close as possible to nine. Should you go over the number 10, then ten will be subtracted from the end total. Cards from two to nine will maintain their face value, while Aces count as ones. Tens and face cards will effectively be counted as zeros.

Should neither of the players have a natural eight or nine then it will be the player’s next turn. Should the player have five or fewer, then the player will have to take another card unless the banker also has a natural which will have it stand on six and seven. It is worth taking note that Baccarat is not one of the simpler casino games and may require a bit of time for you to get used to it. If you would like to learn how to play the game, you would be well advised to watch a game which is in progress.

When all is said and done, Baccarat is ultimately a game of luck. The reason for this is because both the player and the bank will play baccarat using a fixed set of rules. The house will also always have the house advantage in every game of baccarat that is to be played. There are systems that have been applied to baccarat that has claimed some success.

You should bet one dollar to begin with. Should you win, then add another dollar, making the next bet you place a three dollar bet.

Should you win the next game, you will have a total of six dollars. Take back four dollars and make another bet with 2 dollars.

Should you win the next bet you will be able to collect twelve dollars, ten of which will be only clean profit. 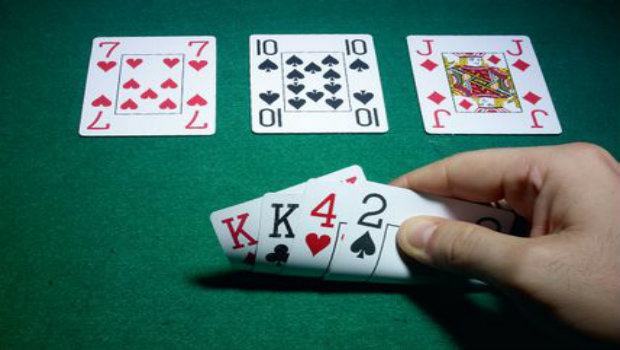 The above system is based on using the way the game pays out and even money will work with any type of casino game where it is one to one. The system will also only work in the short term, however. Remember that the house will always win in the long run.